We report that the comet 17P/Holmes dust trail from the 2007 explosion convergence to the explosion site is now observable better than it has ever been.

The Northern side of the phenomenon has been observed by us during each Lunar cycle (on dark skies). It has been difficult to see the trail without subtracting the background and stars by means of a comparison image taken at different epoch. But now the trail appears to be bright enough that no subtraction is needed. The linked mosaic image (bellow) is taken on February 12/13, 2015. It has been combined from three different individually stacked images.

The right and left images are taken by Arto Oksanen with the 40 cm telescope of Hankasalmi Observatory, Finland and in the middle one is image taken by Markku Nissinen with the iTelescope T24 telescope in California, USA. Feb. 13. at 03:31:56 - 04:15:47 UT. The trail extends from lower right to upper left, with the visible length of about 1.1 degrees. The width of the trail is only about 15 arcseconds at the most narrow location and the surface brightness about 25 mag per square arcsecond. The middle image is taken about eight hours later than the other two and because of this the trail is misaligned. The total exposure time in the upper left image is only 6 minutes 30 minutes in the middle and 11 minutes in the right one. 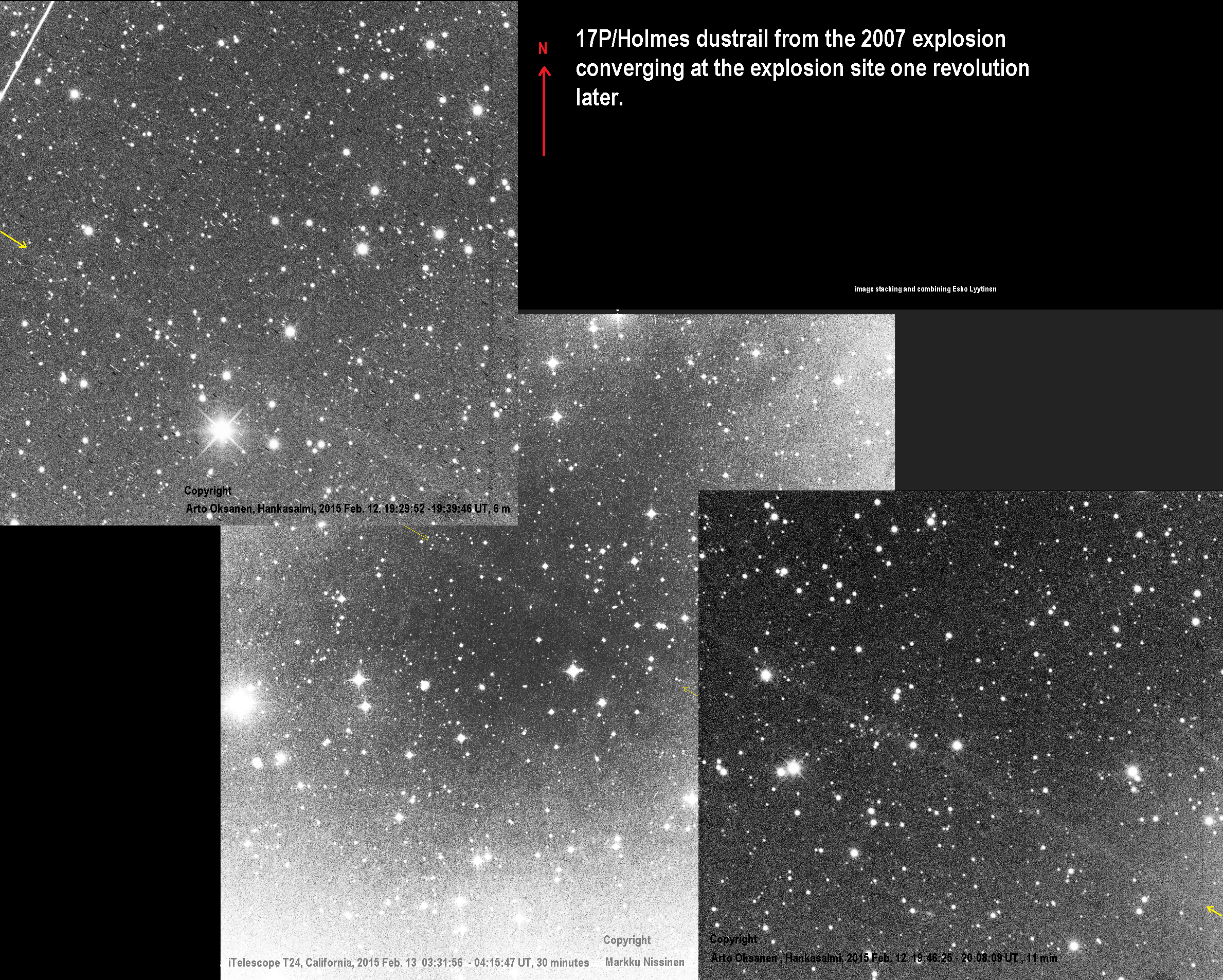 You can find daily chart on Jari Suomela’s web site.

directly at: ttp://clayhole.com/holmescloud/holmes_vanat.jpg and the daily coordinates are (calculated by Jari Suomela) in: http://lyytinen.name/esko/holmes_hmsdms.txt.